So, there have been a few years when I've made Halloween costumes. And a few when I have bought them.

It's stressful. I am always torn between my desire to make the costumes for the kids and my recollection that it's sort of horrible.

I don't know how it happened this year. I am pretty sure Finny got the idea of being a Minion from Despicable Me stuck in her head. She watched a video on YouTube about how to make the costume and the next thing I knew, there were shopping lists and instructions. Long lists.

Okay, it wasn't easy. But, the results were pretty great.

Molly had a few costume ideas...a shrub/bush, a garbage monster. At the last minute, we hit on the idea of the cloud. Hot glue and a white garbage bag. Instant (nearly) wonderful. It wasn't the most durable costume ever, but she looked so cute.


Lukey was a road. Eric got out the tape and the glue gun and made a great road for Lukey because I was out of costume mojo.


Halloween is a great holiday, but horrible for pictures. It's dark and I am no good a nighttime photography. The picture above was the best I could do. Not good.

As usual, we did the rounds at our co-op, then ventured down the hill to the school co-op, then off to my parents' house.

Finny really wanted to trick or treat with Sophia, especially since they were twins. But we didn't get down there until Sophia and her family had done half of their co-op. The suggestion came up that Finny should go with them to do the other half and we'd meet her later.

We made arrangements and off she went.

But then suddenly, she was back. With tears in her eyes. "I love Halloween," she said. "But I love it with my family best."

I didn't want to tell her that I had been a bit sad myself. Splitting up to trick or treat for the first time ever. She told Sophia that she was sorry, but she wanted to stay with us. I was proud of her. The courage to follow her gut and valuing our family time. I know it won't always be that way, but I wasn't quite ready, either. As an aside, it would have been easier for Sophia and Finny to trick or treat together, because people kept accusing Finny of having been at their door earlier in the night. She had a hard time explaining that she had a twinion minion... 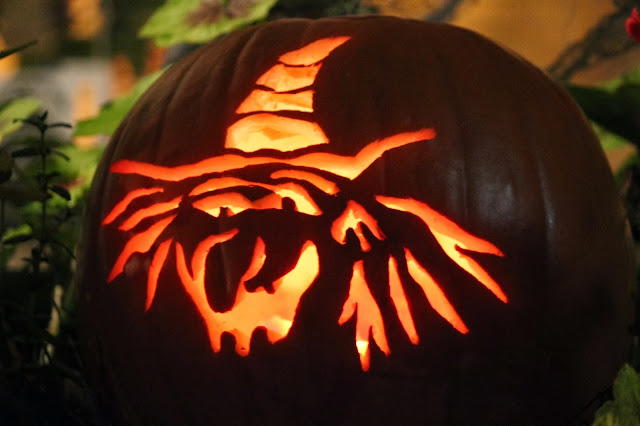 Once we'd gotten our fill at the co-op, we were off to our third stop. Mom and Dad's neighbourhood. We hit a few houses and then stopped by the annual fireworks display. Good fireworks this year, but a pretty poor turnout of neighbours. 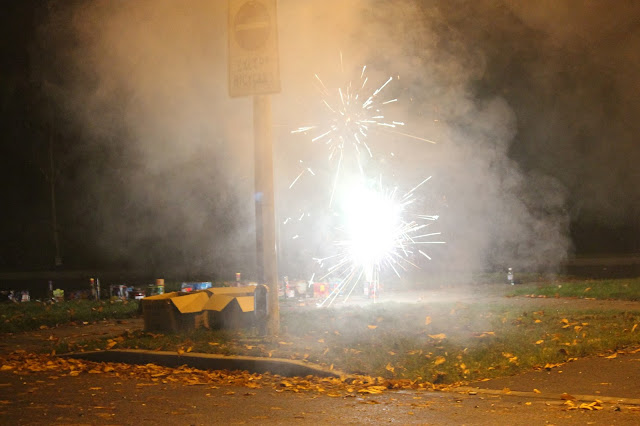 Back to Gram and Grandad's for dinner, candy sorting and a hug from Minnie Mouse (Julie).

We were all on cloud nine. 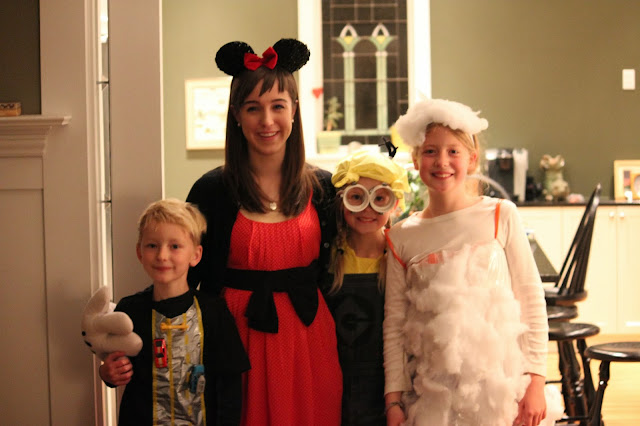 Posted by Ericandles at 8:10 PM