We had a long drive after Portland. With a short stopover in Redding, CA to sleep and a good bit of driving the next day, we made it to San Francisco.

We drove around a bit and found ourselves at the Sutro Bath ruins. Eric and I have both been to S.F. multiple times, but neither of us had ever heard of this beautiful spot. 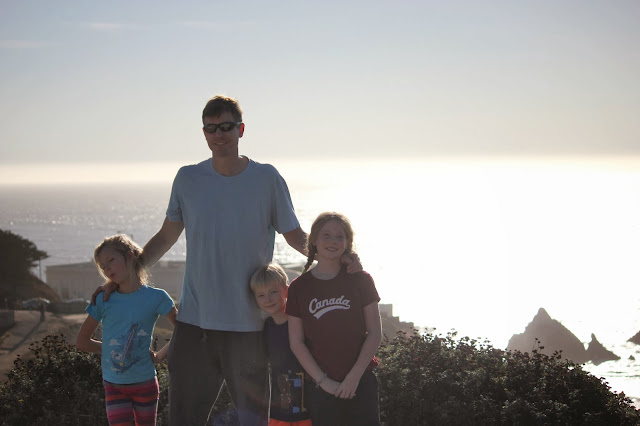 Constructed by the ex-mayor of San Francisco, Adolph Sutro in 1896, they were the largest indoor baths in the world. 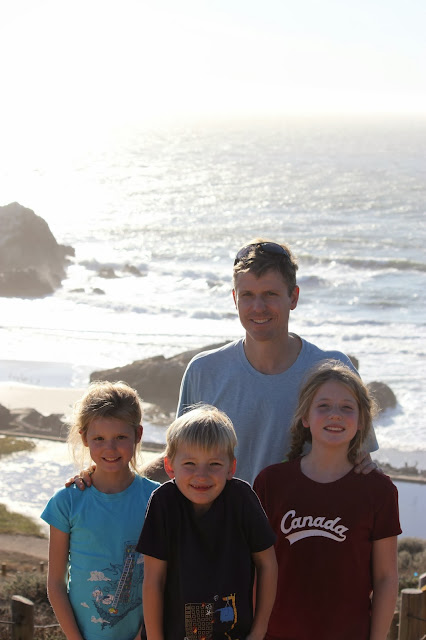 They were open until 1966. Since then, the massive concrete structures left behind have been become ruins. 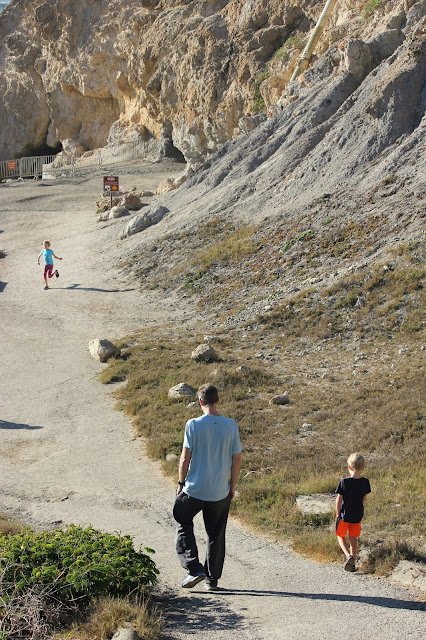 The scale of the buildings must have been incredible, because the ruins themselves are impressive. 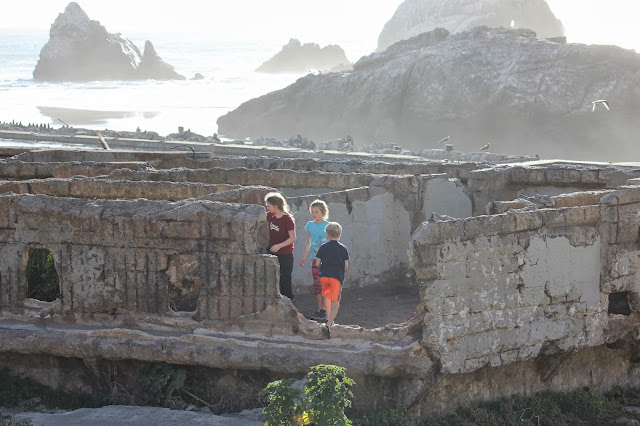 It is beautiful and spooky. 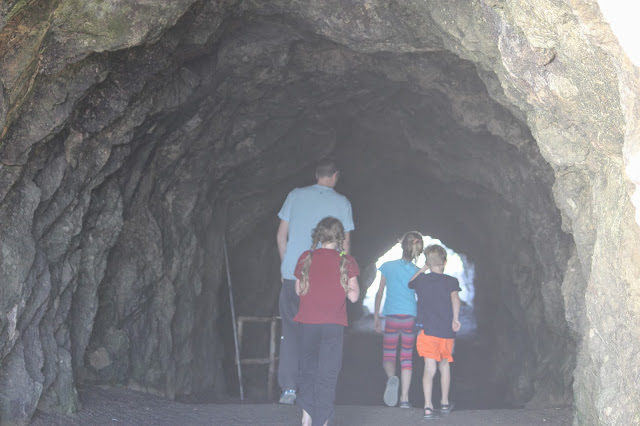 The light was beautiful at that time of day and there was no better or more dramatic way to say hello to San Fran. 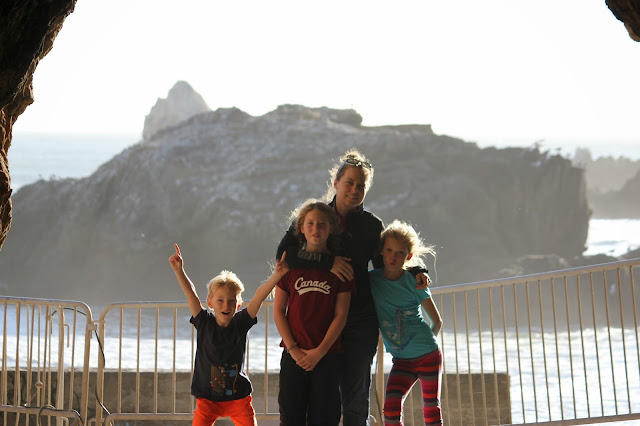 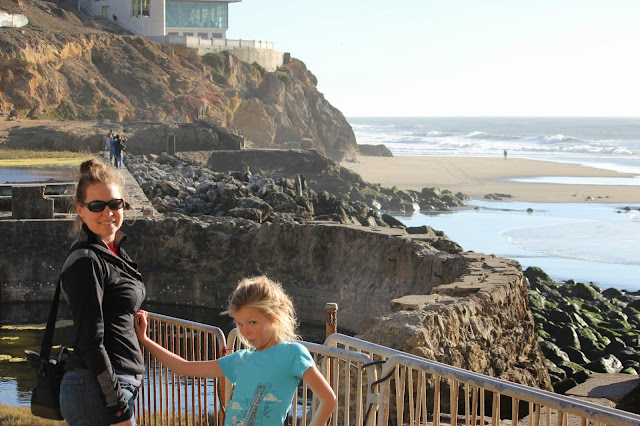 We made our way from Sutro, over to our hotel for the next two nights: The Opal. It was a great spot for us, with nice big rooms and a terrific location. We even managed to score sweet (and free!) parking. Well, we had to try...it's us, after all! 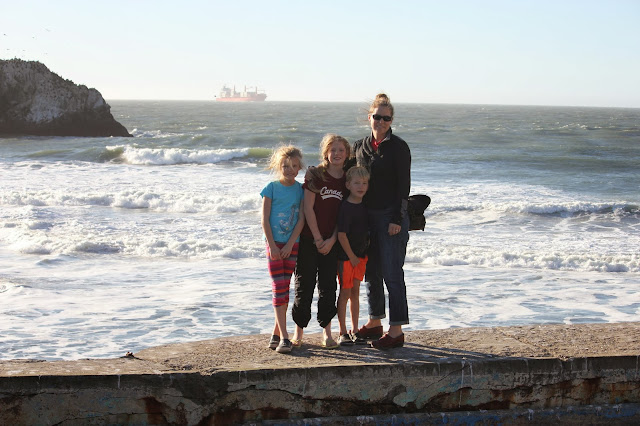 That night, we took a great driving tour of the lights of the city. We made a stop at the local Trader Joe's to get dinner stuff and took it all back to the hotel to eat.

Next morning, I had to get up early and get some work done while the others slept in and got breakfast in the lobby. Then we had a rush to get to the Pier to catch our boat to Alcatraz.

The tour of Alcatraz isn't cheap, especially when multiplied by five. I recalled loving my trip over to Alcatraz from an earlier family trip of my childhood, but you never know how things have aged, or how they measure up to memory. 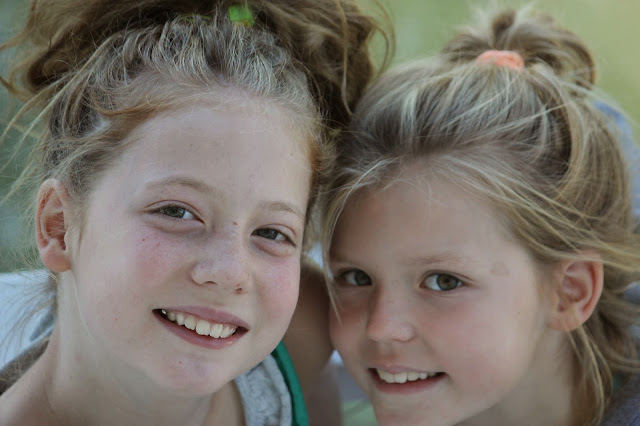 It turned out to be a great decision, since I'd say the experience was equally interesting to all of us. Even Lukey was fascinated by the history of the jail. Plus, the boat trip afforded us some beautiful views of San Francisco from the water. 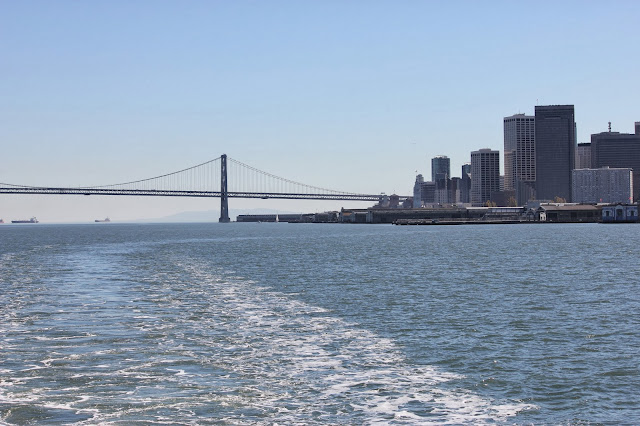 We went to listen to a special talk on "Success, Alcatraz Style" being given in the cell block dining hall that day. It was great and the kids had so many questions for the volunteer guide after his stories, that he took us into the back rooms of the cell block for a special treat not normally on offer. Our guide, David,  unlocked a secret room to reveal the mug shot area.

We took many, many shots of our criminal selves. 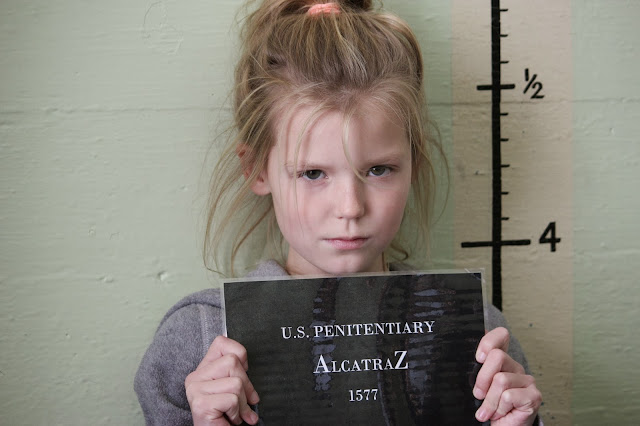 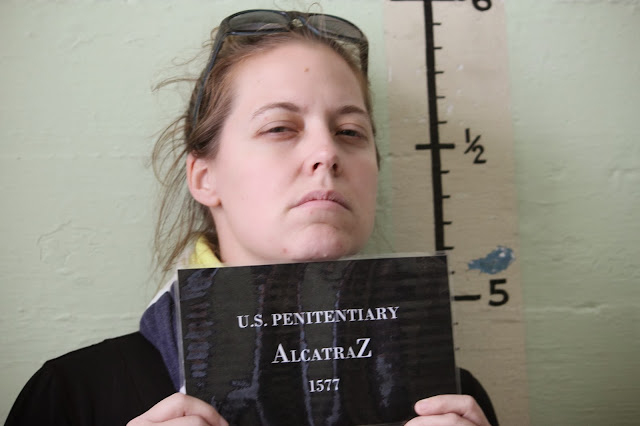 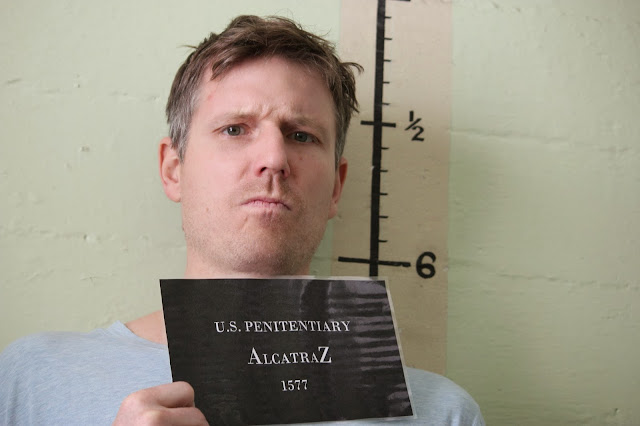 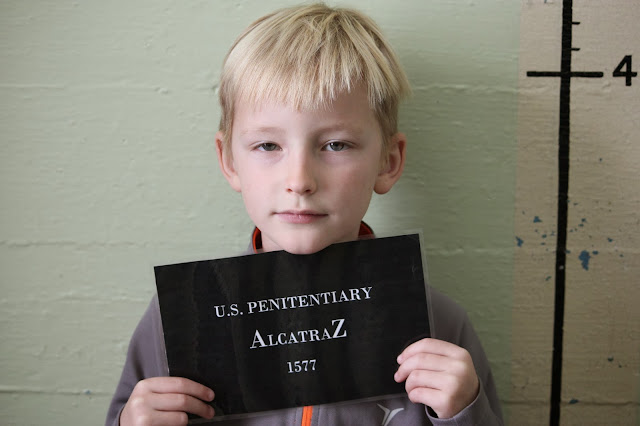 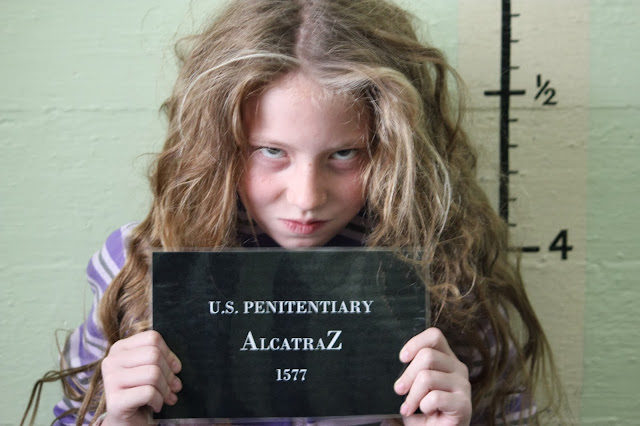 I think Molly wins, don't you? I might lock her up in the psych ward, though. She has the crazy eyes.

The audio tour that leads you through the cell block was awesome. There were tons of great details and the voices of real former prison guards and prisoners really added to the impact of the stories.

It is amazing how much detail kids can absorb when the information is presented in an engaging manner. They had names, dates and minutae down about inmates, escape attempts and historical milestones. 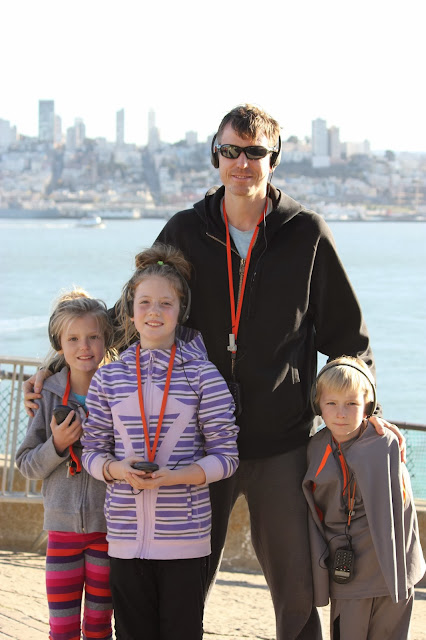 They were rapt with interest for the entire tour. 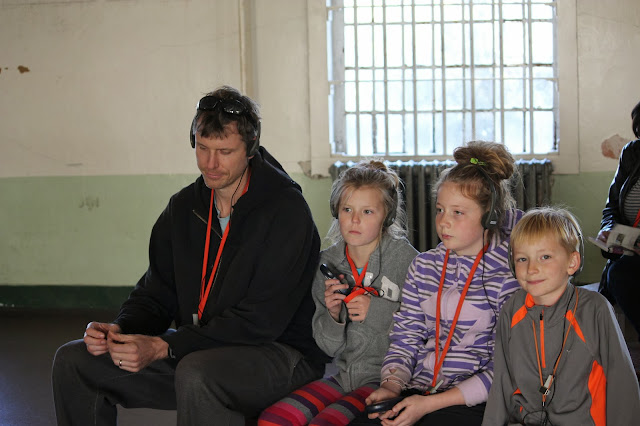 And, who knows? We might have spared them from a life of crime. No one wanted to be in prison after that tour... 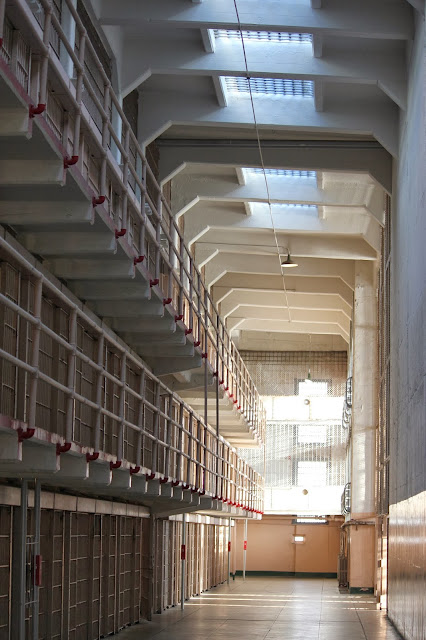 Uh, Molly? Dude, you are most definitely making the most of those (totally terrifying) preteen hormones. Les, Eric, if she ever looks at YOU like that, run. Just run.